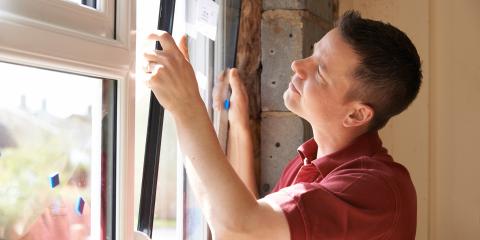 You Feel a Draft

If you feel a draft even when the windows are closed, it’s often an indication of faulty seals, poor installation, and several other issues. Drafty windows can have a significant impact on the overall temperature of your home and cause your HVAC system to work harder than it needs to in order to keep up with the temperature fluctuation.

Condensation on Inside of the Window

One of the most noticeable indications that it’s time to replace your Denver windows is condensation or ice begins to form on the inside of the windows. Both condensation and ice can lead to mold growth on the frame, which will lead to further damage. If you notice that the windows are frosting between the sheets of glass, it may be an indication of damages to the seal, which allows water to get in and the insulating gas is no longer there. At the first sign of condensation, you should contact a contractor to discuss replacing the windows.

Windows are Difficult to Open or Close

If the windows in your home are difficult to open and close, it may be due to a problem with the tracks. If you simply want to get through one more season before you replace the windows, you can try to lubricate the frame and tracks with dishwashing liquid. However, you shouldn’t put off replacing the windows for more than one season, because the longer you put the task off, the greater the risk is for further damages.

One of the most unfortunate indications that it’s time to replace the windows is noticing an increase in your energy costs. Old, outdated windows will allow heat to come in during the summer and cold to come in during the winter and they will allow cool air and heat to escape, both of which cause your HVAC system to work overtime just to keep your home comfortable. If there has been a change in your energy costs, you should contact a contractor as soon as possible to discuss replacing the windows.